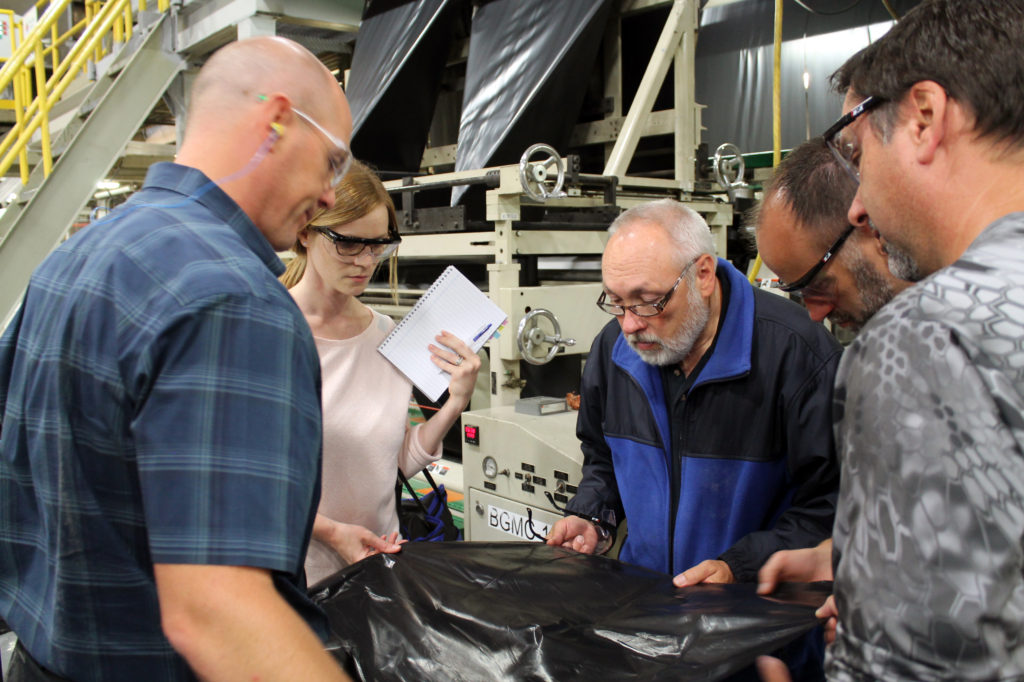 Nineteen forensic scientists from the Michigan State Police visited Petoskey Plastics plant on Wednesday, September 27th. The scientists are analysts for the Trace Evidence and Questioned Documents units. The Questioned Documents Unit examines writing, printing, ink, paper, impressions, and other documents. The Trace Evidence Unit analyzes many types of evidence such as fibers, paint, glass, and explosives, along with fire debris and footwear and tire impressions. In addition, as explained on the Michigan.gov site, is referred to as the “catch-all” unit, receiving other evidence types when no other units are able to analyze it.

As Chris Bily writes in his article “The Evidence is in the Bag” for Evidence Magazine, “[Plastic bags] are often examined for latent prints and trace evidence but can contain much more evidentiary value. There exists other lesser-known characteristics that are imparted to a bag as a result of the manufacturing process.” As an example, these characteristics could be used to compare a plastic bag from a crime scene back to known source bags found in a suspect’s possession. 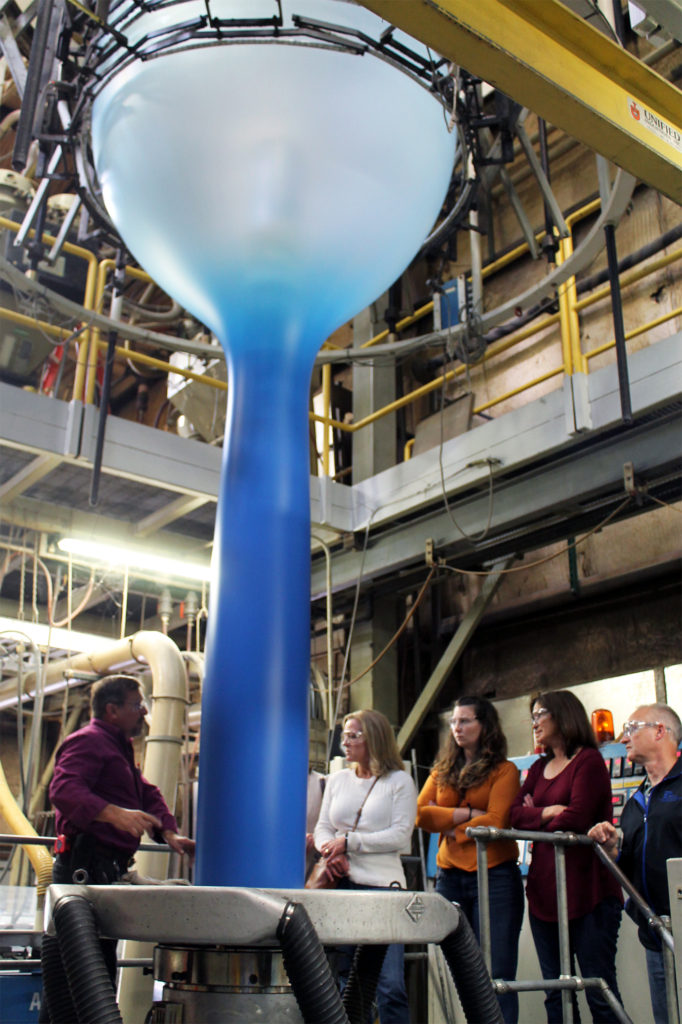 Plant associates acting as tour guides enjoyed this group of visitors because they asked such engaging questions. The scientists were particularly interested in the physical traits of the finished blown film products, such as multi-layers, perforations, and seal types, as well as Petoskey Plastics’ technological capabilities and quality lab. Scientists from the Questioned Documents Unit were especially curious about the printing process during the plant tour.

Cheryl Lozen, Technical Leader of the Michigan State Police Trace Evidence and Questioned Documents units, explained their visit is part of their annual unit meeting where all scientists from these units throughout the state of Michigan get

together for various discussions and learning opportunities.